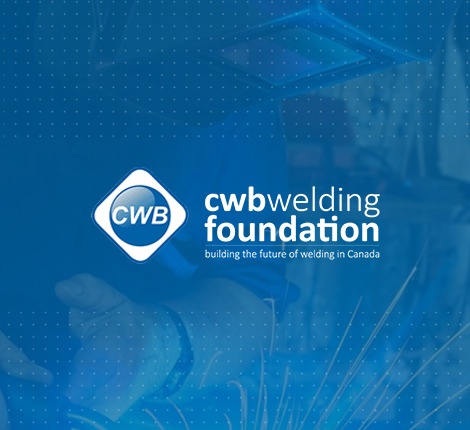 In 2019, the Foundation in partnership with LNG Canada created a unique educational experience that introduced and inspired further exploration of welding as a potential career to both indigenous and non-indigenous youth across British Columbia. Together, and inclusive of inputs from educators from across Canada interested in supporting indigenous education, they developed “Arx and Sparx” welding camps, which were launched in March 2019 in Kitimat, BC.

The Arx and Sparx camp engages and introduces both Indigenous and non-Indigenous youth to the welding trade through projects that are culturally significant to Indigenous people within their communities and across Canada. Projects and curriculum are based on the Seven Teachings and geared to facilitating learning and open conversations about Truth and Reconciliation between Indigenous and non-Indigenous people. The end goal of these camps is to have the participants, and their families see welding as a desirable career option, while acting as a catalyst to promoting Indigenous teachings from across Canada.

Kitimat, B.C.– March 27, 2019 — LNG Canada today announces it partnered with CWB Welding Foundation to deliver a week-long camp to introduce 18 Indigenous and non-Indigenous youth, aged 11-17 years old, to the welding trade. The camp, Arx and Sparx, was developed and facilitated by the CWB Welding Foundation, in collaboration with Kitimat Valley Institute and funded by LNG Canada. The camp is being held at the Kitimat Valley Institute in Kitimat, B.C., from March 25-29, 2019. The Canadian welding industry provides many great and diverse career opportunities and the camp is part of an effort to build and sustain a highly skilled Canadian welding workforce. Funding Arc and Spark is part of LNG Canada’s long-term workforce development strategy to increase participation in trades training and address labour shortages.

“LNG Canada is committed to focusing on youth participation in the trades so British Columbians can take advantage of the opportunities that lie ahead as our project moves into construction,” said Tracey MacKinnon, Workforce Development Manager at LNG Canada. “By introducing young people to trades training programs while they are still in school, we hope they will be left with a positive impression and consider pursuing trades certification when they graduate.”

The camp is taking place all-day this week, with a graduation ceremony for the group on the last day, March 29th. The students are learning about welding safety, gas metal arc welding (GMAW), an introduction to weld symbols, and a brief overview of the impact welding has on their daily lives. Once the theoretical portion is completed, students are able to have fun putting their practical welding skills to the test, while they create their own projects, including the 7 teachings project with a focus on the Turtle, Bear, Beaver, Sasquatch, Bison, Eagle, Wolf.

“This camp is specifically designed to provide young people with a hands-on introduction to welding and inspire them to pursue a career in welding. Students build confidence and have fun while being supervised by professionals in a safe environment,” said Susan Crowley, executive director, CWB Welding Foundation. “Through experiential learning opportunities like the Arx and Sparx welding camp, their newly sparked interest in welding may lead to further education and employment.”

Cultural awareness is an important aspect of the Arx and Sparx camp. The camp opened with a welcome from the Haisla, the local First Nations community in Kitimat, and elders are present throughout the week to provide learning and cultural context. Connecting the projects that the students work on to the local culture and for some, their own identity will be a key priority of the camp.

“Kitimat Valley Institute is pleased to be part of this valuable experience for youth to gain exposure to the trades and welding, while incorporating Indigenous teachings and art,” said Tanya Rexin, President and CEO of KVI. “This unique program allows local students to gain a better sense of who they are, what they want to do with their future and to learn more about the Haisla Nation.”

“This course gave me an opportunity to explore the trade that I am highly interested in,” said Maddox Medeiros, a student of last year’s welding camp, and volunteer for the 2019 Arx and Sparx. “The more hands-on experience I receive, the more prepared I feel for my future.”

LNG Canada is funding an additional six Arx and Sparx camps that will be held throughout B.C. over the summer. KVI has been confirmed as one of the locations; the timing and locations of the other additional camps will be confirmed later this spring.

The CWB Welding Foundation hosted its first welding camp in Edmonton in the summer of 2014, and to date has completed nearly 170 camps across Canada.