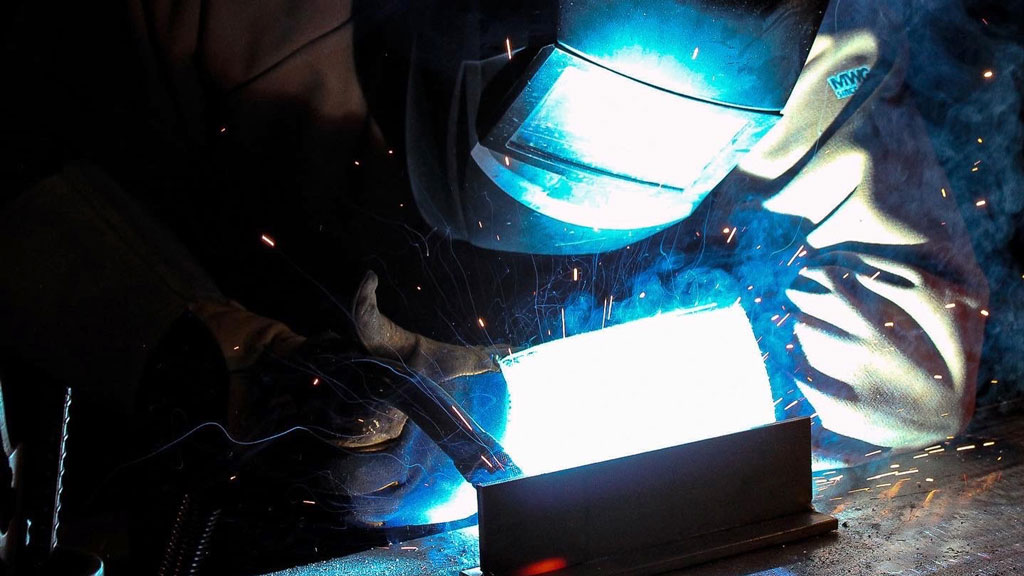 As a woman in the trades, have you ever faced discrimination?

I don’t think there is ANY woman who hasn’t faced discrimination in typically male-dominated trades. The key is not to let rude, crude & threatened individuals deter you from accomplishing what you want within these industries. I’ve lost count of the times that someone initially doubted me based on my appearance and being a woman. Most women on the shop fl oor have to work even harder to “prove themselves” and are often discriminated against or harassed daily.

Do you find that employers are becoming more open to hiring women as time goes on?

From when I fi rst got into the trades to now, I’ve seen a considerable spike in women getting into the industry which is great! I only hope more are encouraged and motivated enough to understand exactly where they want to be in life. It’s hard work but  omes with great rewards and future opportunities. Using my work as an example; it’s landed myself and others on a TV series for the Discovery and History channels which wasn’t something I ever thought I’d be interested in doing.

What would your message be to women going into the trades?

Support each other, show up, work hard, be relentless and never lose track of why you started in the first place. You will face challenge after challenge, but when you see your finished product and feel immense pride in your work and dedication, it opens up many doors for you in the industry. There is so much flexibility and satisfaction in knowing how to fix and create something with your two hands and a few tools.

Are you working on a passion project at the moment? If yes, tell us a little bit about it.

Yes! Expanding from only doing skilled labor and TV but then teaming up to create and operate a successful business has been intense. This multi-million dollar project has taken pieces of knowledge from everything that I have learned over the years from my academics to hands-on experience in industry. The Official SAW Escape in Las Vegas has been a lot of hard work that allows me to use many different skillsets.

How did you first get involved with the industry?

I have always had a connection to anything I could drive, especially classic cars. As a child, my Dad and brother were trained in small engine repair and as mechanics. Naturally, I wanted my very own trade; my choice just happened to involve grinding,  repairing, welding and painting vehicles which was a massive bonus in my books. I first started banking hours towards my journeyman certification in Grade 10 by doing RAP (Registered Apprentice Program). This allowed me to gain credits towards my  diploma while earning wages for a full semester in the midst of taking additional correspondence classes. By the time I was in Grade 12, I had doubled the hours needed to attend technical training and received multiple scholarships upon graduation for my  valuation and dedication to the Auto Body trade. It felt fitting and rewarding to pursue this as a career path into adulthood.

What education program did you attend?

I attended NAIT (Northern Alberta Institute of Technology) to get my Red Seal Journeyman Certification when I was 19 years old while working at a collision shop in Edmonton, Alberta. I received SATA Refinisher of the Year Award (2011) as a top painter in my graduating class. I went on to train new apprentices at various shops where I worked. After I had a trade under my belt, I decided to make the change and start doing customs and restorations full time as opposed to doing it as a side business.

What has been one of your best memories or experiences while working in the industry?

It’s difficult to narrow it down to just one experience because it has been rewarding for many different reasons. There are builds that I have worked on that have been featured at SEMA for multiple years and of course, having 12 episodes air over the span of a year was a unique experience and definitely a wild ride. After I finished up all 12 insane rat rod builds with my Discovery Channel contract; I moved from Alberta to Nevada to pursue the next venture with my partner.

What is your favorite thing about working in the industry?

Breaking barriers! The flexibility and gratification of creating artwork with classic and custom cars, hotrods & rat rods. I love putting a smile on my customers’ faces by completely changing their vehicle for the better! However, taking that knowledge and having it for my own use is invaluable. I wouldn’t trade the time that I’ve invested in the industry because I have always found a way to make it fresh and exciting for me!

Tell us one fun fact about yourself.

The entire time I was doing my Auto Body apprenticeship and training, I was modeling professionally as well (runway, shoots, music videos, as well as managing talent and models at two different record labels). It made it difficult to juggle both careers as I lived an hour commute outside of the city and would have to go from filthy coveralls to dolled up in heels in a very short period. A few times, I’d have to pull a quick rinse and change at the shop then run out of the bathroom like batman hoping not a single soul would see me so I wouldn’t get roasted for a week after!

A native of Edmonton, Alberta, Cheyenne started her career in the automotive industry in 2007 doing collision, restorations custom car building, and refi nishing. During her time working as a refi nisher, she also worked in the entertainment industry appearing on TV shows like Vegas Rat Rods, in music videos, movies, and other promotional events.